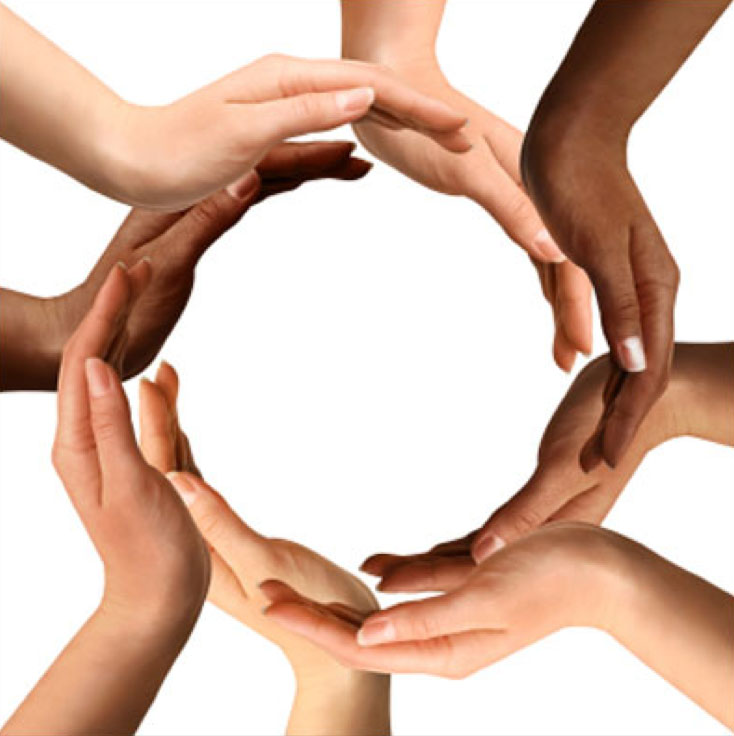 The Commons is building social relationships in such a way that all those things we need to reproduce our livelihood will be shared in a fair way, and managed in a sustainable way. Silke Helfrich

The IPS has been working together with the Commons Cluster since 2009, when Lisinka Ulatowska and James Quilligan suggested to some 25 NGO representatives that together we create an initiative at the UN to introduce a commons-based approach to sustainable development. This initiative became the Commons Action for the United Nations and has been represented at the UN by the Institute for Planetary Synthesis and the Association for World Citizens. Toward the end of 2011, it was suggested by a number of NGO colleagues that Commons Action for the United Nations organize a Commons Cluster which has since expanded to include members of other Major Groups - including Women, Youth, and Indigenous Peoples.

For more information about the Commons Cluster, visit their website, at www.commonsactionfortheunitednations.org, or see the documents below.

In the framework of this initiative, we submitted a statement on "Education for World Stewardship for the Benefit of All" at the substantive session of the Economic and Social Council (document reference E/2011/NGO/126). In 2012, the main representatives of the IPS and the Association for World Citizens at the United Nations, Lisinka Ulatowska and Rudolf Schneider, among others, participated in the Rio+20 conference on sustainable development.

Documents on the Commons:

The “NGO ALLIANCE ON GLOBAL CONCERNS AND VALUES” is a non-profit membership association that welcomes NGOs with special competences whose work is related to one or more areas of the work of the United Nations and who wish to be more efficiently engaged through dynamic dialogue , consultations and collaborations on thematic and substantive issues with other organisations working with similar mandates. Many NGOs contributing to areas of the work of the United Nations are either accredited with a UN Agency or are not accredited with the UN at all but their work and contributions are of great value to those NGOs who have accreditation. In a globalised world with efficient communication technologies, many NGOs today offer expertise to or collaborate and consult with NGO Networks that address specific issues, e.g. on climate change. Under the NGO Alliance, NGOs come together to create NGO Forums to collaborate on issues of global concerns.

The IPS is a member of the following NGO Forums:

The NGO Forum on Environment (FOE)

Today humanity is facing multiple crises, all demanding difficult choices. However, be these related to the economy, development, climate-change, trade or to social or cultural factors, at the heart lies a common denominator, the environment. For this reason it is of the utmost urgency to place the environment and related issues on the United Nations agenda and to advance a sustainable agenda within the United Nations framework. FOE is deeply concerned about the existing environmental challenges. Integrating NGO expertise and collaboration, FOE consistently addresses many issues related to human rights and sustainable development with a particular attention to an environmental perspective. NGOs, whether accredited or not, and interested in strengthening and furthering an environmental perspective in all areas of the United Nations work, are invited to join FOE.

The NGO Forum on Spirituality and Values (FSV)

The NGO Forum on Spirituality and Values (FSV) is a network of NGOs inspired by the values mentioned in the preamble of the United Nations Charter and aligned with its objectives. It recognizes that spirituality and values are not unique to any one nation, creed, kindred, language or people, but are part of the heritage that belongs to each culture and to every member of the human family. Individual cultures and their underlying values are to humanity what biodiversity is to nature.

The IPS is one of the co-founders of the NGO Forum on Spirituality and Values.

THE HUMAN RIGHT TO PEACE

The Spanish Society for International Human Rights Law (SSIHRL) welcomed on 30 October 2006 the adoption of the Luarca Declaration on the Human Right to Peace, which was drafted by a Committee of independent experts. It was the culmination of a process of extensive consultations within the Spanish civil society, with the support of the Catalonian Agency for Cooperation to Development.

Following the adoption of the Luarca Declaration, the SSIHRL has developed its four-year World Campaign on the Human Right to Peace in all regions of the world organizing consultations with international civil society on the contents and scope of the human right to peace . On 9-10 December 2010, international civil society met at the International Congress on the Human Right to Peace in Santiago de Compostela, Spain , to adopt a final text of the Universal Declaration of the Human Right to Peace. It was then submitted to the HR Council, urging its Member States to initiate the official codification of the human right to peace. Since then many parallel meetings have taken place at the Palais des Nations in Geneva during the subsequent sessions of the HR Council . Written and oral NGO joint statements on this issue were delivered to the Plenary of the Council.

The NGO Forum for Health is a Geneva-based consortium of health organizations, committed to promoting human rights and quality care in global health. Its origins lie in the 1978 Alma Ata Conference on Primary Health Care.

The Forum takes a rights-based approach to making health for all a reality with a focus on networking, information exchange and advocacy. It offers a platform for concerted action, lobbying and campaigning, and provides information on relevant developments and opportunities for interaction through its website, briefings, and a newsletter.

CONFERENCE OF NGOs IN CONSULTATIVE RELATIONSHIP WITH THE UNITED NATIONS (ngocongo.org)

CONGO’s vision is to be the primary support and platform for a civil society represented by a global community of informed, empowered and committed NGOs that fully participate with the UN in decision-making and programs leading to a better world, a world of economic and social justice.

The IPS participates in meetings of the following NGO Substantive Committees of CONGO: